A typical problem in the management of these systems is the build-up of scale. This occurs when the concentration of the dissolved solids in the water builds to a point of saturation.

These solids then deposit on the water cooling system surfaces. Scale typically starts developing on the warmer exchange surfaces of the cooling system.

Scale negatively impacts heat transfer efficiency, restricts flow through the pipes, and may accelerate corrosion. To combat scale build-up, conventional scale inhibitors are supplied as a solution of their active ingredients. 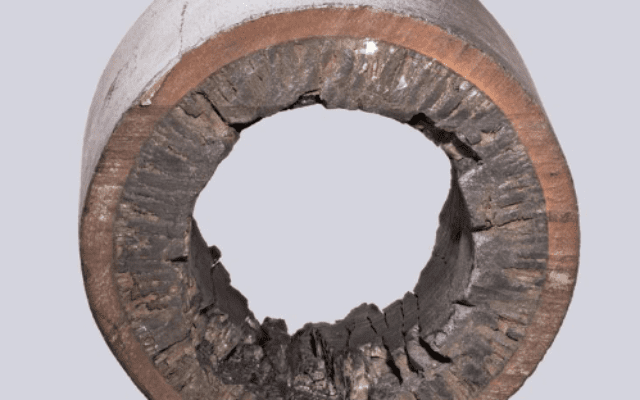 Further factors that made the solid-state chemistry attractive for Watercare Mining included:

Watercare Mining set up a plant trial to investigate and prove the benefits envisaged by this non-conventional technology.

A plant trial was implemented to compare the cost-benefit of the solid antiscalant with its sister solution.  A “worst-case scenario” site was selected for the trial. The trial system experienced high heat loads with the delta T across the cooling tower being 13 degrees Celsius.

The consistency of the trial raw water quality was highly variable in pH, conductivity, and hardness.

The graphs below show the variation in pH and conductivity prior, and during the trial.

The system water was stressed, with cycles of concentration specified at 3. However, this reached as high as 8 cycles during the period of the trial.

Furthermore, the cooling tower is situated in an environmental area of high dust levels, where dust ingress further aggravates the fouling potential in the tower.

A second recirculating system, treated with the standard antiscalant, was monitored in the same way and served as the control.

The trial was monitored by measuring the following:

The foulant was, however, predominantly due to the ingress of dust and suspended solids from the surrounding environment.

Once the coupons were washed of the foulant, and further analysed for inorganic scale deposit, it was established that inorganic deposition in the test system was comparable with that observed in the control system.

Calcium recoveries in both the test and control cooling systems were within the required specification.

What the trial on solid water treatment chemicals showed 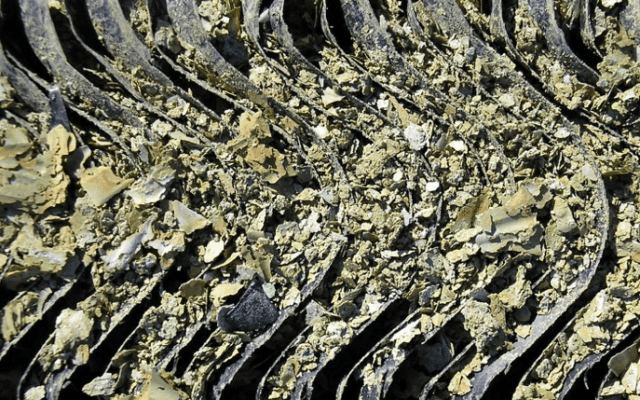 The results of the trial indicated that the solid-state antiscalant provided comparable control of inorganic deposition in a highly stressed open, recirculating cooling system as the standard solution product.

A cost comparison indicated solid chemistry to be up to 30% more cost-effective than the standard.

The cost-benefit resulted from the lower dosages of solid-state product required to achieve the same level of the active component as the standard solution antiscalant in the system water.

A further significant contributor to the cost-saving was reduced transport costs.

However, improved costs were not the only benefit. The other benefits included:

The solid-state antiscalant was found to be a viable, cost-effective substitute for the traditional solution version, in the control of scale deposition.[/vc_column_text]

Complete the form below and we will contact you.